The Evolution of the Golf Ball

The golf ball has undergone many alterations throughout its long life. There are four distinct stages in the evolution of the golf ball:

From the original wooden ball to the modern Rubber-Cored, the ball has changed the way we play the game of golf.

Golf, as we know it today, started on the Eastern Coast in Scotland. The first golf balls were made of wood such as Beech or Boxroot. Wooden clubs were often used, which would have made the game of golf a somewhat jarring experience. These balls were used from the mid fifteenth century until the seventeenth century.

In 1618 a new type of golf ball was created by handcrafting a cowhide sphere stuffed with goose feathers. This was called the ‘Featherie’ golf ball. The balls were manufactured while the leather and feathers were wet. As the leather shrunk while it dried the feathers expanded to create a hardened, compact ball. Once coated with paint, these balls were sold, often for more than the price of a club. The time-consuming processes involved in creating a Featherie ball ensured that the price was out of reach of the masses. Though expensive, this type of ball had great flight characteristics and made the wooden ball obsolete almost immediately. For over three centuries the Featherie was the standard, only to be replaced with the Gutta Percha ball.

In 1848 by the Rev. Dr. Robert Adams created the Gutta Percha “Gutty” balls. The ball was created from the dried sap of the Sapodilla tree. It had a rubber-like feel and was formed into round balls by heating it up and shaping it while hot. Almost by accident, it was soon found that balls improperly smoothed often had truer flight than their smooth counterpart. Thus the Hand Hammered Gutta ball was formed. Balls were hammered with a consistent pattern throughout with a sharp edged hammer. After a few years handmade Gutty balls gave way to metal presses which in turn made golf affordable for the lower income golfer. Golf truly became the sport for the masses. “The Bramble” design, with its minute bulges resembling a Brambleberry, became the most popular design of the Gutta Percha era ball. This pattern was carried over with a few brands of rubber balls.

The advent of the rubber ball changed the face of golf as we know it. The new design was invented by Coburn Haskell in association with the BF Goodrich Company in 1898. Featuring a solid rubber core with high tension rubber thread wrapped around it, covered in a Gutta Percha cover. The balls featured a multitude of outer designs for better airflow. The mesh, reverse mesh and Bramble designs gave way to the dimple pattern first used in 1908. The first automatic winding machine was patented in 1900 by John Gammeter, allowing the rubber core balls to be economically mass produced. Due to lack of standards size and weight varied widely.

Size and Weight standards were established in 1930 by the British Golf Association, prompting the United States Golf Association to create their own standard in 1932. Both organizations specifications differed until 1990, when the standard was set.

If you are looking for corporate golf balls, we can help. Level 2 can create custom sets as well as packaged balls. February is the time to start ordering, as golf season will be here before you know it! Orders take 5-6 weeks to fulfill. 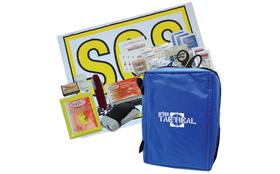 As you are well aware, accidents can happen to anyone at any time. If it should happen to you, are you prepared? There is no way to know what type of incident you may be faced with, so it is always prudent to be as prepared as possible. A First Aid Kit is something everyone… 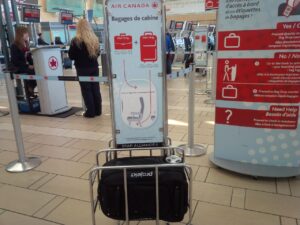 Luggage Requirements Recently Westjet, one of our Canadian airlines,  introduced a $25 fee for each piece of checked luggage. This is not a new fee to many airlines, but it was a big shock when our beloved Westjet followed suit and added the surcharge. The baggage fees are very inconsistent throughout the industry. With some airlines your…

Early History of the Promotional Products Industry Have you ever wondered how the promotional industry got its start? The first known promotional products in the United States are commemorative buttons, tracing back to 1789, when George Washington was elected president. Dating back to the early and mid 1800s are advertising calendars, wooden specialties and the…

We’ve recently completed a major overhaul to our website; improving the look and enhancing our features. We have a brilliant new Search Engine (Catalogue), geared to make your promotional product searches more enjoyable. (We always knew shopping was fun, but this takes it to a new level!) TweetShareSharePin