Advertising has changed a lot over the years!

Here are a few ads from the past 100 years. It’s interesting how many things have changed, but yet the message remains somewhat the same. There were many ads promoting food and drinks, wellness, beauty and health – but the products have fortunately improved a lot over the years!

The first Coca-Cola ad in 1886. He even had a tag line – Delicious! Refreshing! Exhilarating! Invigorating!

Coca-Cola Company was one of the original companies that used marketing to sell their products, and over the years has been one of the advertising leaders around the world. Their use of advertising has made Coca-Cola a household name. That and maybe the large amounts of cocaine used for flavoring and stimulant…

Here are some early examples of that marketing prowess.

Pharmaceutical ads were a big thing in the late 1800s. Morphine, cocaine, and heroin were used as cures for colds, coughs, toothaches, and children’s teething pain.

Can you imagine giving your child this???

How about morphine laced cough syrup?

Seriously? I guess vomiting up the pills will make you thin…

I’m pretty sure this type of advertising would still work today!

The Model T was a great commercial success, and by the time Henry made his 10 millionth car, 50 percent of all cars in the world were Fords.

History was made – In the 1920’s, Coca-Cola started using images of Santa in their advertising. They used several different santas, ranging from a spooky looking elf to a tall gaunt man as there was never a clear image of Santa at the time.

“My Hat’s Off to The Pause That Refreshes” — 1931. The magical transformation of the Coca-Cola Santa happened in 1931. Archie Lee, the ad agency creative director for the Coca-Cola account, was inspired to show a wholesome, kind Santa. He turned to artist Haddon Sundblom to create the image. This was the start of the Santa that we all envision today.

Can’t forget about McDonalds! Ray Kroc opened the Des Plaines, Illinois restaurant in 1955, and with the first Golden Arches, launched a legendary brand. He saw the value of a restaurant system that could be famous for offering consistently prepared, quality food that tasted the same in every location, every time. In 1958, McDonald’s sold its 100 millionth burger. The first location opened outside of the USA was in Richmond, B.C. in 1967.

Younger looking skin tomorrow… now that was mis-advertising if I’ve ever heard it!

I’m sure in another 100 years we will look back at our ads of today and say “What were we thinking?!”

Early History of the Promotional Products Industry Have you ever wondered how the promotional industry got its start? The first known promotional products in the United States are commemorative buttons, tracing back to 1789, when George Washington was elected president. Dating back to the early and mid 1800s are advertising calendars, wooden specialties and the…

Recycling plastic bottles and turning them into something useful. Lately I’ve seen a lot of advertising about turning recycled bottles into t-shirts. And I started to question it. What does that mean for us? How does the process work? Here is a little info on it so you can learn about what major corporations are… 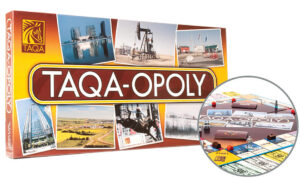 Come have some fun with Level 2 It’s always exciting working in the promotional industry because we get to source and create some sensational products for our clients. But sometimes an exceptional opportunity comes along and we get to really have some fun. Literally! Our client was working on a small internal project that involved…