In many ways a t-shirt just sounds plain and boring. But often it’s so much more than that.

Have you ever thought that a “t-shirt” could be far more meaningful than what you wear to workout or put on for the weekend? Branded items like t-shirts can help reinforce your team building work. A great example of the power of a t-shirt is our latest delivery.

I was talking to a friend of mine last week, who happens to coach a AAA hockey team in Sherwood Park, Alberta. He said that they needed a little motivator for the team to help push them towards their goal of making it to the playoffs. They had been struggling and needed to win 3 more games before they were in. Together we came up with the concept of a Playoff t-shirt as a reward. The shirt in itself is very simple. But the meaning behind it is very powerful. The team knew that they had to win in order to get these special “Band of Brothers” shirts, so we allowed them to achieve them, step by step, win by win.

For each win they made, we made another step towards ordering the shirt. First win, we ordered the shirts blank from the supplier. Second win we created the artwork. Third and final win we printed the shirts and delivered them.

Today the Midget AAA Sherwood Park J. Ennis Kings Hockey team will play their first playoff game. They will be presented with one of these unique team shirts that marks the work they have done to get to where they are. And it reinforces the team building they have done all season to push them through the playoffs to become Provincial champions.

Below, Head Coach Sean Beissel describes the process of building a great team and the significance of their goal:

All teams/businesses need an identity or brand. Coaches or leaders can impose the identity/brand or they can empower the team to form its own identity. Every year the Sherwood Park J. Ennis Kings Midget AAA team undergo a year long team building process to develop their own identity within a culture of tradition and history. This individual team identity differentiates the current season’s team from past seasons. NEVER will a team be the same from year to year.

The answers to these questions assist the team in forming an identity. From there the team starts to discuss images and slogans that represent their identity. The idea is for them to form a connection to an image/slogan that represents their team’s identity. This has become a tradition unto itself. Every year the players are excited to develop and form their playoff theme. And alumni members are equally excited to show their year’s themes. We have also displayed each of the past 4 seasons playoff themes on our team stick rack, as a connection to past teams and to form a legacy.

How we developed our t-shirt design: Mission 11 is the 11 games it takes to win provincials. The Iwo Jima pic symbolizes the hike that we do annually at the start of the year when we go on our team building retreat, we always climb a mountain. The idea of reaching the summit together and the teamwork required to plant the flag pole, resonated to them as well as the fact it tied in well to the Band of Brothers theme, which came randomly from an assistant coach after our 3rd last league game when we won despite being shorthanded 48 minutes.

In the article “Culture Club” by David Ward he says “No element is more important than establishing a culture of winning” as he describes how the LA Kings were able to win the 2012 Stanley Cup.

Another example is TYCO.

Ed Breen, former Tyco CEO in the article and video talks about how you need to manage your talent like a sports team. This was the approach he took when faced with a failing company and the results of his team building speak for themselves.

Team Building and You

Now that you are ready to start your new team building strategy, the next question is “How can LEVEL 2 help you drive the message home?” How can we help keep that emotion of being part of a great team alive and memorable for not just today but a lifetime. 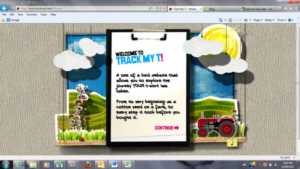 How about an ingenious promotional product that not only allows our children to go to school in style, but teaches them a lesson as well? The Anvil “Track My Tee” shirt is an ultra-soft, organic cotton t-shirt unlike any other. It comes with a unique tracking number which will allow the wearer to go into…

Trucker, Flat Brim, SnapBack, FlexFit, Mesh, Golf, Sport, Performance… What kind of cap should I buy? Caps are very much a personal preference, which might make them seem difficult to give away as a promotional product. As we always mention, you should try to hand out promotional items that are useful or will get worn by the recipient. Caps have always been a… 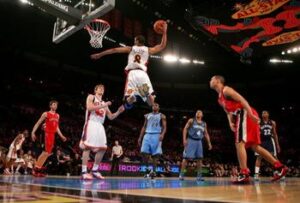 Can a new uniform make a sports team play better? Here are my thoughts. About half way into this year’s basketball season, my son’s team had not won any of their games. They were a developing team who had yet to gain the confidence and skill of the teams that they were up against. His…

At Level 2 Sportswear, relationship building is our business.  Yes, we sell promotional products, but our core business is creating partnerships.  If you choose Level 2 as your promotional marketing partner, you will get top notch customer service and have amazing creativity at your fingertips. Choosing the right promotional products company is an important decision… 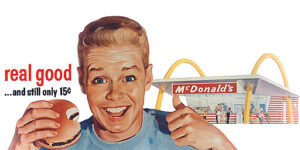 Advertising has changed a lot over the years! Here are a few ads from the past 100 years. It’s interesting how many things have changed, but yet the message remains somewhat the same. There were many ads promoting food and drinks, wellness, beauty and health – but the products have fortunately improved a lot over the years!  The first Coca-Cola…